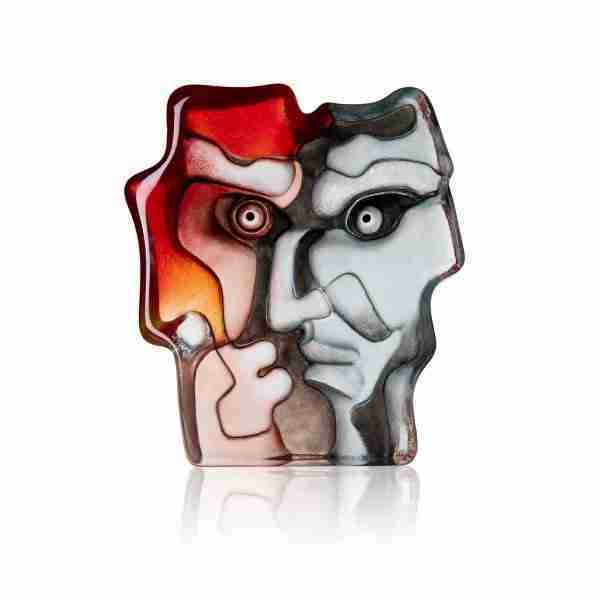 Inspired by the Venetian Mask Festival.

According to legend the Carnival of Venice began after the military victory of the Venetian Republic over the Patriarch of Aquileia in the year 1162. In honour of this victory the people started to dance and gather in San Marco Square. Apparently this festival started in that period and became official during the Renaissance. In the seventeenth century the baroque carnival preserved the prestigious image of Venice in the world. It was very famous during the eighteenth century. It encouraged licence and pleasure, but it was also used to protect Venetians from present and future anguish. However under the rule of the Holy Roman Emperor the festival was outlawed entirely in 1797. The use of masks became strictly forbidden. It reappeared gradually in the nineteenth century but only for short periods and above all for private feasts. It became an occasion for artistic creations.

Art No 65884
Cast crystal sculpture with painted, engraved and sandblasted motif.
This sculpture of masq ltd ed 49 pcs is produced in a limited edition of 49 pcs only.
The product is handmade in Sweden and signed.
Mats Jonasson cubism art glass.
Colour: Black/grey/red
WxH=280×315 mms / 11×12,5”