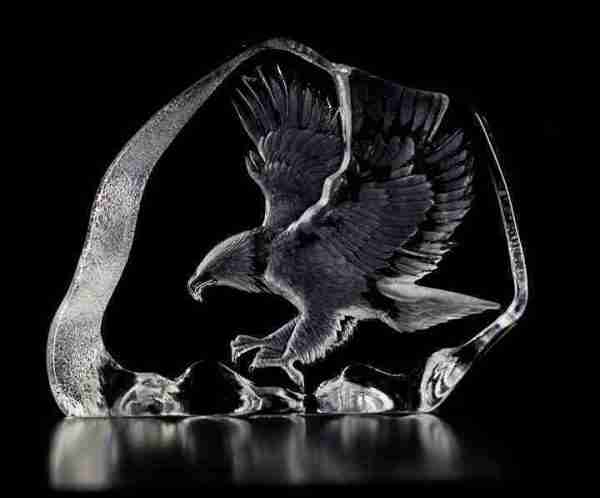 
The bald eagle is the national bird of the United States of America and appears on its seal. In the late 20th century it was on the brink of extirpation in the contiguous United States. Populations have since recovered, and the species was removed from the U.S. government’s list of endangered species on July 12, 1995, and transferred to the list of threatened species. It was removed from the List of Endangered and Threatened Wildlife in the contiguous states on June 28, 2007.

Art No 34087
Cast crystal sculpture with engraved, painted and sandblasted motif.
Conscious of our environmental responsibilities, this sculpture has been hand-painted using organic colours.
To preserve the beautiful finish of the piece, do not use strong cleaning agents and keep it away from strong
direct sunlight.
This sculpture of Bald Eagle Landing is handmade in Sweden and signed.
Design Mats Jonasson
Colour: Brown
WxH=225×170 mms / 9×6,5”

5.0
Based on 1 review
Powered by Customer Reviews plugin